COPYTRACK GmbH manages image rights and image licenses for photographers, picture and news agencies and other companies with image rights.
The rightsholder of the following image has determined that you are using their image and making it available to the public, but they do not recall having a licensing agreement with you.

I thank you for your kind notice and interest in my work as professional newmedia-journalist and photographer for ‘Interessante Tijden’ (it means ‘Interesting Times’). As you can see, the case you label as copyright-infringement (a screenshot of a Facebookpage), is a typical case of ‘Fair Use’ in the legal sense as the included jurisprudence on the matter demonstrates.

My suggestion is that – if you proceed in legal terms- you offer a more reasonable deal than the offered ‘licence purchases’, one that reflects more financial realism on the market value of the contested image, that is only a part of the screenshot of a Facebookpage. The market value is (close to) zero.

Below I offer some commentary, in the assumption that i communicate with reasonable persons, and not some cocaine-sniffing lawfirmsharks with a social disability. Then we may come to a conclusion that is satisfactory for both parties. Criminalised by technical progress?
It is unfortunate that you do not understand the Dutch language, to evaluate the context in which the screenshot is used of a Facebookpage (where less than 45% of the screenshot is covered by the contested image). However, with my modest command of the English language I may help you here.

It is legal for professional new-media-journalists to use screenshots for criticism of the depicted subject, in this case: a screenshot of a Facebookpage.
You only use pattern-recognition software to browse the internet. Thus you recognize an image in the technical sense, but in the legal sense the context dictates the jurisprudence on the issue.

And not the technical fact that you can use software to browse the internet for image-recognition. Unless you can provide the legal/law-article stating that the law has been changed to facilitate those who use this software for a living.

Therefore, fortunately I have rights as a professional sciencejournalist, blogger and photographer. Technical progress on your part (and backing of an agressive law firm) does not alter my rights as publicist in a democratic society. The case: a screenshot of a Facebookpage for evidence
I have not used the image itself, but made a screenshot of the Facebook-page of ‘Laat Mij Staan’, a group of activists fighting the destruction of trees in urban environment. They depicted two newsmedia-articles of the ‘Climate March’, one in the online-medium NU.nl and one in the newspaper Algemeen Dagblad (AD.nl). In the latter newsmedium the image of your costumer is depicted.

I made a screenshot to include the two internet-articles with respective headlines (under the images) on their facebookpage. Thus, also in the technical sense, i do NOT use the image of your costumer, although the existence of internetbrowsing-software may offer you this suggestion.

I use a screenshot of two newsarticles on an FB-page.

The publication on Interessante Tijden deals with the way the old corporate newsmedia uncritically report on mass-movements, with corporate finance (Oligarchs) as background. The depicted screenshot, used as evidence to stress my point is provided with the commentary (in Dutch). I never use other people’s images, because as a photographer I only use my own.

Also in the article my own photography (much better than that of your costumer) is provided. Legally speaking, the case is equal to recent jurisprudence, where a blogger was sued for copyright-infringement for using a screenshot of a webpage of the New York Post, where (part of) an image was depicted. The court ruled in favour of the blogger. Many examples of this jurisprudence are revealed with only a quick internet-search.

I used the screenshot in the knowlegdge of this Fair Use-jurisprudence, that I know of as professional publicist. For corporate newsmedia in the Netherlands a newsphoto may earn a modest 50 euro’s, stockbureaus may earn more when images are sold for commercial use.

The meager income of photographers of the old newsmedia may lead them to find more money for work with limited (or no) marketvalue with the use of the copyright business. The ‘licences’ you offer to deflect legalist aggression on your part, do in no reasonable way reflect the marketvalue of the image. After first publication in Algemeen Dagblad (where it was depicted as online-newsphoto) this is close to zero.

A reasonable deal from your part would be an offer of 25 euro’s, half the price of a newsphoto as the contested picture covers also less than 50% of the surface. I do feel sorry for all those photographers of the old media, who are outcompeted by other sources of images.(pe civilians)

But I made a screenshot of the webpage with the depicted screenshot and it’s context as evidence. That is, if you wish to proceed in legal terms to go after an unreasonable sum of money that in no way reflects the marketvalue.

Removal will not remove your warm interest in my work, as you concluded.

On my part as a journalist who publishes online-video’s with over 50 thousand views, my interest in the workings of the copyright-business has been aroused now. This can be presented in the context of the demise of the old corporate media, in which public trust has plummeted to the level of politicians and lawyers.

In times where both corporate and governmental forces infringe on free speech and publication-rights, also under the guise of ‘privacy’ and political/commercial interests, you provide a new interesting case for reporting. We see a widening gap between ‘rules’ and ‘reason’, when rules are interpreted in favour of ‘those who rule’.

We agree morally (not only strictly legally) on the misuse of original work (without mentioning sources) for commercial purposes. I have experience with that on my part. We can also agree that this screenshot of a Facebookpage has zero marketvalue.

Intimidation by your lawfirm will not alter this fact for reasonable persons. Jurisprudence in similar cases has ruled in favour of the view I expressed here. Therefore: May God bless you, and may you find love and happiness in your life. I publish this letter also on Interessante Tijden. 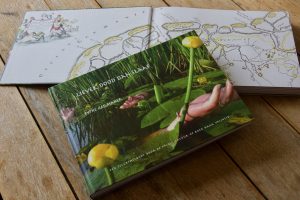